My first week of spring break was one of the most transformative and inspiring experiences of my life. I went on a Civil Rights Trip with a small group of students and teachers from my school. We visited myriad museums, landmarks and parks in Atlanta and throughout Alabama. I was even lucky enough to have dinner with one of the 13 original Freedom Riders, Charles Person, at the renowned Paschals Restaurant in downtown Atlanta.

The entire trip was edifying and one particular event resonated with me that I am certain can benefit swaths of others.

On Tuesday evening, we had dinner with the Reverend Dr. Carolyn McKinstry at a restaurant just outside Birmingham. She shared with us the horrific tragedy she endured. On Sunday September 15, 1963 the Ku Klux Klan planted a bomb right outside the Sixteenth Street Baptist Church. At 10:22am the bomb exploded, killing 4 beautiful young girls. Addie Mae Colins, Carole Robertson and Cynthia Wesley were just 14 years young and Denise McNair was only 11 years young. On the floor directly above the explosion was their friend, a 15 year old Carolyn McKinstry.

In Birmingham, Alabama, the city Dr. Martin Luther King Jr. declared "probably the most throughly segregated city in the United States", a church bombing was sadly unsurprising. The four men responsible for the killing of Addie, Carole, Cynthia and Denise were not convicted after the bombing. There was no justice granted to the families and countless community members grieving the tragic loss until many years later.

Fast forward 59 years, Dr. McKinstry was sitting next to me at dinner recalling the catastrophe with eloquence and detail. Her whole life underwent an immediate vicissitude when the bombing killed her friends and nearly took her life. Her naiveté about the hatred and bigotry of the world around her was gone. She no longer was an innocent 15 year old girl. The following twenty plus years of her life were lonely, painful, traumatic and despairing. Dr. McKinstry spoke to us with equanimity, but the pain was palpable as I listened to her relive the most horrific moment of her life. The small backroom of Dale's Southern Grill was filled with commiseration as we took in her every word.

I was in complete awe of the way Dr. McKinstry spoke with such peace about something that caused so much hurt. I didn't understand or fathom how she could seem so at peace with her traumatic past. At that moment, I had to ask her: "Being just 15 when this happened, what was the best advice you received to try and move forward with your life?"

Her answer was immediate, succinct and powerful.

"Learn to forgive because when you forgive you can begin to let go."

I immediately took out my diminutive MTD notebook to write it down because it resonated with me, especially from a woman who endured decades of residual pain. Those exact words have reverberated in my head ever since.

Despite the four men not being convicted until 1977 and 2001, Dr. McKinstry still allowed herself to reconcile with the killings of her four friends. She made the self assured choice to forgive those who hurt her. This does not excuse the abhorrent actions of the KKK, rather it is a decision to let go of the hatred and set off on the road to liberation. Dr. McKinstry pursued forgiveness to finally attain the healing and peace of mind she had lost for more than twenty years of her life. In her book While The World Watched, she describes the difficult decision to choose forgiveness, powerfully stating this:

"Once I forgave, the burden I had carried in my heart lifted. I began to see people the way God sees them. When I stepped foot into the witness box some forty years after Bobby Cherry had bombed the church, I looked at the man in a different way. Though I was still afraid of him, I could also see another side to him. He looked like an old, tired––albeit hate-filled––grandfather, not the murderer of four innocent girls. I know all of us are capable of evil but I also believe that as people made in God's image, there is also good in all of us. Surely we must become intentional in looking for that good."

Her words express that forgiveness does not require justice but rather requires a willingness to let go of hate and understand that we are all more than the worst things we've done. Our forgiveness may be difficult to find, but our forgiveness to those who hurt us becomes more important to our own reconciliation than for them.

The ability to forgive is within us all and not far in the distance from our choice to forgive, is strength and healing. I need to get better at forgiving because if Carolyn Maull McKinstry can forgive, so can I. 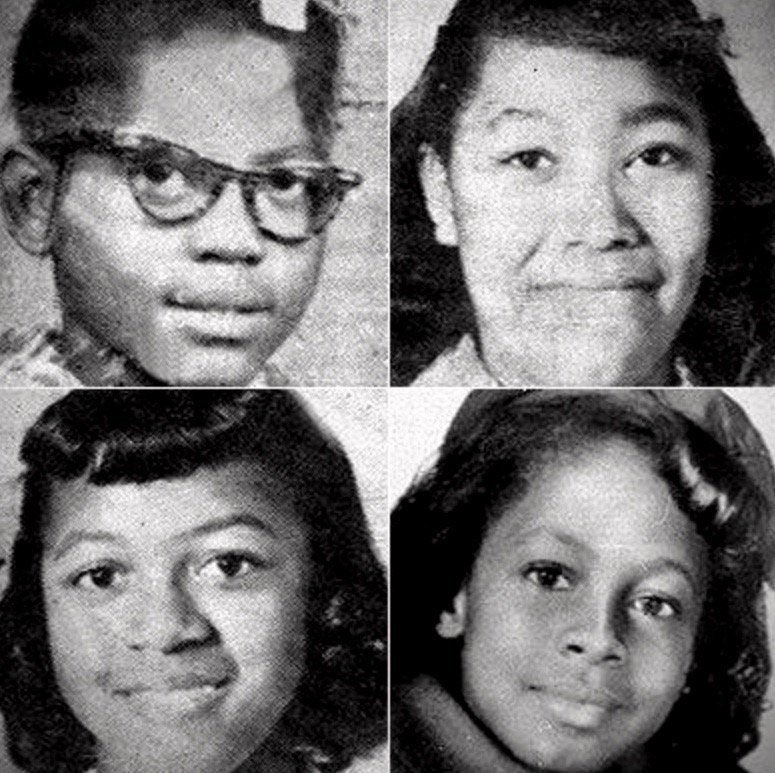 What a great reflection on such a powerful experience. I’m sure this trip will stay with you for years to come!